Thank you for the opportunity to provide you with an update on the situation of human rights in Myanmar. This is an important session of the Human Rights Council, with the presentation of the first report from the Independent Investigative Mechanism for Myanmar and the final report of the Independent International Fact-Finding Mission for Myanmar. The establishment of both of those bodies came about after my recommendations. I had observed that the situation in Myanmar was serious enough to warrant such international action and that there was no prospect under the existing circumstances that a domestic mechanism would be able to credibly deal with the gross violations that were taking place.

Despite the fact that Myanmar refused to engage with the Fact-Finding Mission, it has made an enormous contribution to bringing to light the magnitude of violations of international humanitarian law and human rights in Myanmar and I commend its work. The Independent Investigative Mechanism is just beginning its work and I have every expectation that it will make significant headway in the pursuance of justice for victims all over Myanmar. I strongly urge Myanmar and all other member states to cooperate with it.

Notwithstanding the existence and work of these mechanisms, Myanmar continues to be a state that commits ongoing gross violations of international law, is not cooperating with the United Nations and is consistently failing to meet its international obligations.

Key human rights advisors for the United Nations Resident Coordinator’s Office have not yet been accepted by the Government. It also declined to allow a visit of the Special Rapporteur on the freedom of opinion and expression, as well as continuing to refuse to engage with me. These are not the actions of a state that is engaging with the United Nations. I note that at this critical time, it is of great importance that the United Nations has strong leadership regarding Myanmar, particularly in light of the findings of Ambassador Rosenthal.

I have been informed of the difficulties faced by people from Myanmar living in other states, in particular the insecure situation of the Rakhine community in Singapore. I am also receiving more and more extremely worrying information about reprisals, surveillance and harassment of individuals in Myanmar and outside who are cooperating with international human rights mechanisms. I am extremely distressed by what this trend means for the safety and wellbeing of those in Myanmar and beyond who are striving for the enjoyment of rights for all people in the country. I am also terribly concerned about what it means for the conduct of mandates like mine, the work of the Office of the High Commissioner for Human Rights, which is attempting to engage with the Government in a technical cooperation program, and the Independent Mechanism when it begins to gather evidence and interact with victims and witnesses. The situation in Myanmar remains sufficiently serious to warrant international action, and I therefore must urge you to remain urgently seized on it.

In Rakhine State, the Tatmadaw has been using helicopter gunships against the Arakan Army and both sides are accused of indiscriminate use of heavy artillery fire, gunfire and landmines in civilian areas. Up to 65,000 people have been displaced by the conflict across northern Rakhine and southern Chin States since January. Humanitarian access remains heavily restricted by the State Government in conflict-affected townships, significantly depriving at least 100,000 people of assistance and basic services, while imposed curfews are preventing people from reaching livelihoods, medical treatment and safe passage.

Throughout July, August and September I have continued to receive reports of civilians being killed, having been targeted, or as a result of indiscriminate fire. Three children were killed by mortar fire in Minbya last month, and last week a landmine explosion in Buthidaung seriously injured another two children. There have been disturbing reports of ethnic Rakhine men being arrested by the military on suspicion of association with the AA and held incommunicado for weeks. There have been 15 reported deaths in custody and allegations of torture and inhuman treatment. Chillingly, I have also received reports of villages being burned; as many as six since the end of June, which was also when the Government imposed the suspension of mobile internet services.

The suspension has been in place for nearly three months now. On 2 September it was partially lifted in five townships, but remains in place in Kyauktaw, Minbya, Ponnagyun and Mrauk-U, where the worst fighting is happening. The suspension cannot be justified under international law and is a violation of multiple rights; I call on the Government to lift the suspension immediately. The parties to the conflict must end their hostilities – the people of Rakhine have suffered enough.

On 15 August the conflict worsened, when the Myanmar National Democratic Alliance Army, the Ta’ang National Liberation Army and the Arakan Army, known as the Three Brotherly Alliance, launched coordinated attacks in northern Shan and Mandalay, killing and injuring soldiers, police officers, and civilians. The attacks sparked intense fighting between the Tatmadaw and the ethnic armed organisations across inhabited areas and along main roads in northern Shan.

Weeks of fighting were waged with disregard for the safety, welfare and rights of civilians. Targeted and indiscriminate use of heavy artillery fire as well as landmines reportedly caused at least 17 civilian deaths. These include a farmer who was killed when Tatmadaw troops reportedly fired mortars into his village as people were fleeing military helicopters conducting air strikes nearby, and five people, including two children, who were sheltering in a house that was hit by a mortar after fighting broke out along the main road.

The fighting temporarily displaced an estimated 8,000 people in northern Shan. 1,600 of them remain displaced now. I received reports that in some areas civilians were trapped by the fighting, unable to reach safety, and that access for humanitarian actors was restricted. There were deeply concerning reports of rescue vehicles being attacked – on 17 August a humanitarian worker was killed and two of his colleagues injured when their ambulance was attacked near Lashio in violation of international humanitarian law. I condemn all targeting of civilians and humanitarian actors and demand that all parties protect civilians and respect human rights.

Last week the Three Brotherly Alliance declared a month-long unilateral ceasefire, to make way for reconciliatory peace talks. This was encouraging, with talks between the groups and the Government’s National Reconciliation and Peace Commission scheduled for tomorrow. However, despite its own declared unilateral ceasefire that was for the purpose of entering into peace negotiations having been extended until 21 September, the Tatmadaw subsequently launched an offensive against the TNLA in Namhsan, displacing 1,000 more people to whom they are blocking humanitarian aid. This bears the question of whether the Tatmadaw is serious about its stated commitment to bringing about peace.

I note the work that has been undertaken by the Myanmar National Human Rights Commission, including prison visits, promotion of human rights, and investigations. However, reforms are needed to establish an independent and effective National Human Rights Commission in accordance with the Paris Principles. There are currently opportunities for improvement, including that the current Commissioners’ terms are coming to an end this month, and the Commission’s draft strategic plan being subject to public consultation. Notably, the draft plan includes advocacy to amend the Commission’s enabling law.

However, recent actions taken by the Commission illustrate its ongoing lack of independence and competency. As Myanmar suffers from protracted internal armed conflict and violence, it is critical the Commission conduct itself with a heightened level of vigilance and independence, and promote respect for the human rights of all individuals in all circumstances. Though it has undertaken investigations, the findings of several of them have yet to be published, undermining transparency and reducing the contribution that it could make towards combating impunity for human rights violations.

The Commission’s enabling law should be amended to ensure it greater financial autonomy, to include stronger protections against reprisals for those that engage with it, and to require regular, wide and systematic publication of its reports and findings. Critically, the Law should contain guarantees that Commissioners will be selected to ensure a pluralistic representation of society involved in the promotion and protection of human rights in Myanmar, including for example, members of civil society, health workers, journalists and others, through a transparent and inclusive process. At present the Law does not provide these guarantees and requires military-appointed personnel be involved in selecting Commissioners. Despite these limitations, I call for the new Commissioners to be selected in line with the Paris Principles.

We have just passed the two year anniversary of 25 August 2017, the beginning of the violent expulsion of over 700,000 Rohingya from Myanmar, a day that the refugees in Cox’s Bazar refer to as “Genocide Day”. In August this year, the refugees were subject to a different kind of violence and trauma as states colluded to attempt to repatriate 3,450 of them to Myanmar where they would only face persecution. I am concerned by information I have received that in early September, tighter restrictions were placed on refugee civil society in the camps and limits imposed on access to mobile internet, leading to increased vulnerability of refugees.

Myanmar claims to have done what is necessary for the repatriation to be successful, and continues to blame Bangladesh for any delay. However, information I have leads me to believe that the contrary is true. Myanmar has done nothing to dismantle the system of violence and persecution and the Rohingya who remain in Rakhine live in the same dire circumstances that they did prior to the events of August 2017. They are denied citizenship and recognition, face regular violence (including in the context of the ongoing conflict between the Arakan Army and the Tatmadaw), are unable to move freely and have little access to food, healthcare, education, livelihoods and services. Myanmar states that it has undertaken significant development and rehabilitation works in the area that was affected by the violence. However, satellite imagery reveals that that development has included 34 camps, the precise purpose of which is unclear but they may be intended to detain the remaining Rohingya population and those who decide to return. There are six military bases that have been built on the site of destroyed Rohingya villages. Of the 392 villages that were destroyed, there has been no attempt to reconstruct 320 of them, with 40% of villages having been completely razed to the ground. Some of that demolition occurred in 2018 and some even in 2019, and all of this is completely antithetical to the claim that Myanmar is ready to receive the refugees. I further note that under Myanmar’s land laws, burned land reverts to Government ownership. In this situation, even if the refugees wished to return to Myanmar, what have they got to go back to? Reform of these laws is one way to show that Myanmar is serious about receiving back the Rohingya who fled.

The Myanmar Government continues to assert that it and the military have taken substantial steps towards accountability for the enormous violations perpetrated against the Rohingya, with the Independent Commission of Enquiry and the military’s “investigation court”. However, despite there having been a proliferation of inquiries in Myanmar in recent years, none of them have resulted in steps taken towards an end of impunity and I do not believe either of the current inquiries will achieve this goal. My belief is unwavering that accountability is necessary for the country as a whole, as well as being key to successful repatriation: it will bring about an end to the military’s violence against ethnic minorities in Myanmar and the possibility that the Rohingya could live safely in Rakhine. 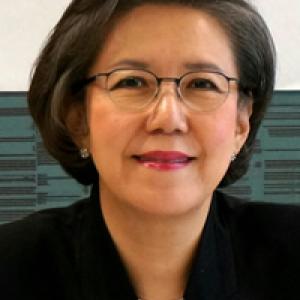 Special Rapporteur on the situation of human rights in Myanmar