Recently, the United Nations World Food Programme (WFP) visited an impoverished neighbourhood located on the outskirts of Yangon during a food assistance mission and encountered a young family. Ko Min and Ma Moe have two children and like many in their neighbourhood, they have been struggling to even put food on the table since February. The family offered WFP a small glimpse into their daily lives at home, and how the support from WFP – of being able to have enough food for the entire family – left them with both sadness and joy.

Ko Min and Ma Moe’s story is just one of many across the country and for WFP, it remains clear that there must be increased efforts of the ongoing food assistance to affected populations in conflict-affected areas as well as urban areas.

It’s been months since Ma Moe left her home in an impoverished neighbourhood on the outskirts of Yangon. Her husband, Ko Min, worked as a bricklayer, but now he can only hope to bring in income doing several odd jobs. Today, as usual, Ma Moe stays at home with their son and daughter. Ko Min heads out to get food for his young family. With barely any money between them, there are no trips to the market.

At a nearby swamp, Ko Min plucks a handful of water spinach and on the way back home, he stops by a neighbourhood kiosk and buys half four eggs and some oil, enough for a meal for the family of four.

When Ko Min gets back home, Ma Moe starts to prepare lunch. She cracks open the eggs to make an omelette with chopped onion. And then she serves the gently boiled water spinach and fish paste together with the rice that was received during a WFP food-assistance pack.

“We parents can live without food, but children can't, so we must find a way to feed them”, says Ma Moe.

More and more parents like Ko Min and Ma Moe are eating reduced meal portions or skipping meals entirely so that their children can eat. They are borrowing money, spending savings, or selling properties, just to put food on the table.

“Most people in my neighbourhood are also struggling. When we don’t have enough to eat, we just share what we have with others. Life is like this,” said the young mother.

In response to this situation, WFP has ramped up its support, with the intention of reaching an additional 2 million people, mainly in urban areas. WFP has so far reached nearly a million people with food assistance in Dagon Seikkan, Dala and Hlaing Tharyar in Yangon, and Aungmyay Tharzan and Mahar Aung Myay in Mandalay.

"I had tears of joy in my eyes on that day WFP donated to us. That afternoon, when receiving the food, I had mixed feelings of sorrow and happiness," says Ma Moe.

In other efforts, WFP is sustaining monthly food assistance for 360,000 people in conflict-affected areas of Chin, Kachin, Rakhine and Shan States, while urgently attempting to provide relief food to many thousands of newly displaced persons in Chin, Kayah/southern Shan States, and Sagaing Region where lives and livelihoods have been disrupted by recent violence.

At this stage, the main challenges for WFP include securing timely access to those in need and obtaining sufficient resources to ensure uninterrupted support.

With generous support from Japan, the Republic of Korea and other donors, WFP has so far successfully placed much-needed food assistance directly into the hands of nearly 1 million vulnerable people from highly impoverished areas in Yangon and Mandalay. Amid a rise in unemployment, food prices, violence and the impact of the COVID-19 pandemic, vulnerable sections of Myanmar’s population are suffering the most.  The majority of WFP food recipients are mothers, children, persons with disabilities and the elderly. 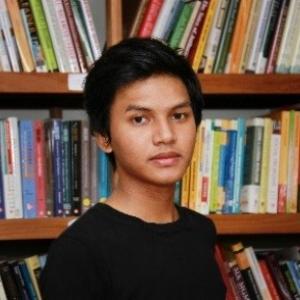