In peace negotiations or development processes of the country, we young people are the next generation who will benefit whatever good or bad comes out of these. 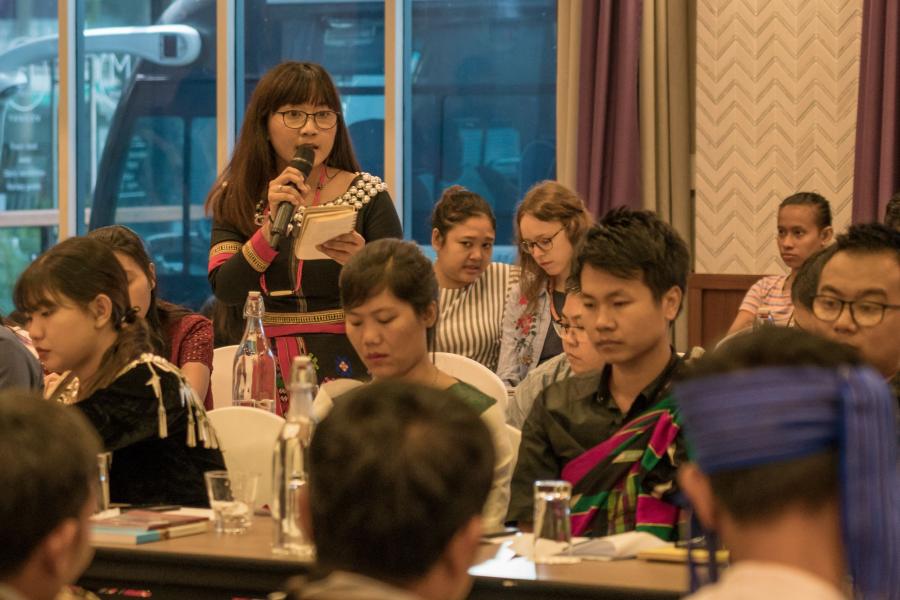 Youth are the key stakeholder and agent of change for Myanmar's peace process. But they are frequently 'othered' in the discussion.
Photo | UNFPA Myanmar

YANGON, Myanmar – “In peace negotiations or development processes of the country, we young people are the next generation who will benefit whatever good or bad comes out of these. If today’s youth do not respond and take this initiative, later generations might suffer worse. They are going to start over from the scratch” said Eain Da, Danu ethnic youth from Shan State in Myanmar.

Youth are the key stakeholder and agent of change for Myanmar the peace process. Their imagination portrayal of how they want to see the future of the country really matters to current peace discussion. Their participation creates a better image of the country. But they are frequently ‘othered’ in the discussion and their voices are either unheard or ignored. 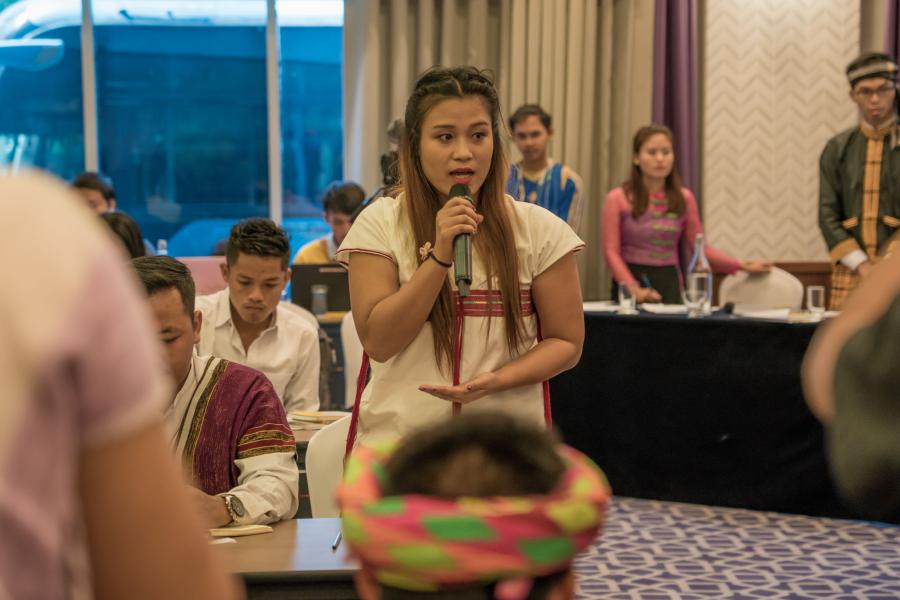 Ethnic youth have suffered most from the impacts of armed conflict in the country for 70 years.
Photo | UNFPA Myanmar

Naw Pawthei Day, Kayin ethnic youth said, “We ethnic young people are the ones who have suffered most from the impacts of armed conflict in the country for 70 years.” Millions of Myanmar young people are affected by armed conflicts that have been happening since more than half of century ago, and ethnic youth are the ones who experience the impacts on the ground. Their survival and livelihoods  are at stake and their rights are often overlooked.

Organized by Youth Circle, a local youth CSO and Burma News International (BNI), an ethnic media network, with the support of UNFPA, CSOs and ethnic youth leaders from different states and regions met in Yangon for peace review and imagine for nation building and state building where key representatives from government, the Nationwide Ceasefire Agreement (NCA) signatory ethnic armed organizations (EAOs), the National Reconciliation and Peace Center (NRPC), the United Nationalities Alliance (UNA) and the Nationalities Brotherhood Federation (BNF). This face-to-face discussion brought an opportunity for young people to create a space for their voice and vision on country’s peace negotiations.

Eain Da added, “This peace review workshop is a good entry point to address the voices of ethnic young people from different states and regions.” Youth inclusion through peace workshops and forums are one of the best channels to address youth voices in the peace process. Empowering young people, especially ethnic youth, to participate in peace negotiation processes benefits not only the communities but also the nation as a whole in a sustainable way.

Youth empowerment is a part of International Conference on Population and Development (ICPD) agenda which 179 governments adopted in Cairo in 1994. In this November, marking the 25th anniversary of ICPD, world leaders, activists, CSOs and young people meet in Nairobi to reaffirm the promise of the ICPD. Along with other countries all over the world, Myanmar participated in the Nairobi Summit to accelerate the ICPD commitments in which empowering young people is addressed. 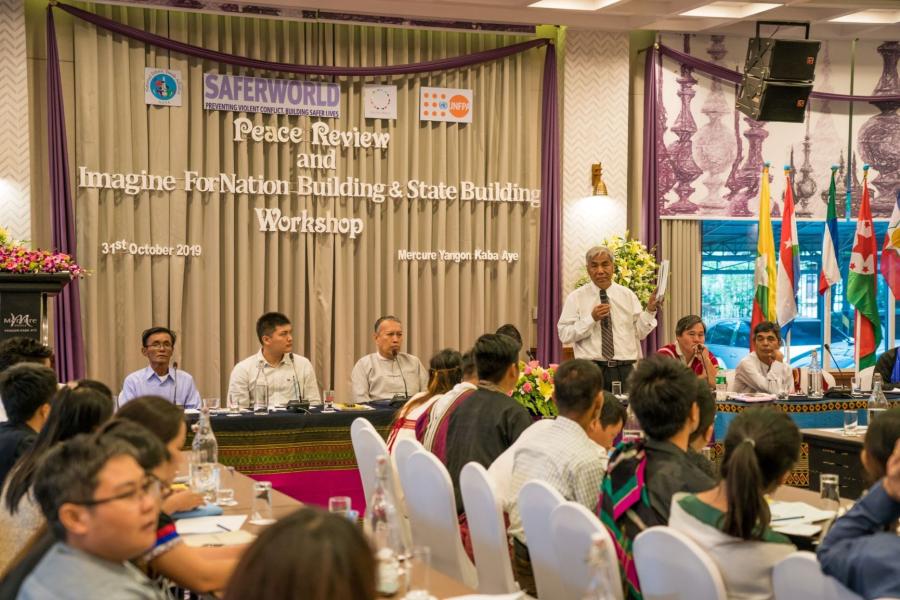 Youth empowerment is one of the key components of ICPD agenda adopted by 179 governments in Cairo.
Photo | UNFPA Myanmar

Guided by ICPD Programme of Action, promoting youth leadership and participation is key to UNFPA’s work. UNFPA supports and advocates for the inclusion of youth from diverse backgrounds and identities in Myanmar including the disadvantaged and marginalized to fulfill every young person’s potential and achieve sustainable peace and development for the country.

Saw Tun Tun, Director of Youth Circle said, “There are challenges in building peace and development in the country. We need to establish a well-oiled mechanism where young persons’ voices are heard. We need to strengthen sustainable youth platforms and institutions where every young persons including ethnic youth can participate. We need financial and technical support allocated to brighten the future of young people from all corners of the country without any discrimination. Perhaps it might take 5 or 10 years, but it doesn’t matter. By fulfilling these, we all can easily achieve our shared objectives.”

Under the ICPD agenda, youth empowerment is not only just Myanmar country’s goal, this is also every country’s goal to achieve the global Sustainable Development Goals (SDGs). 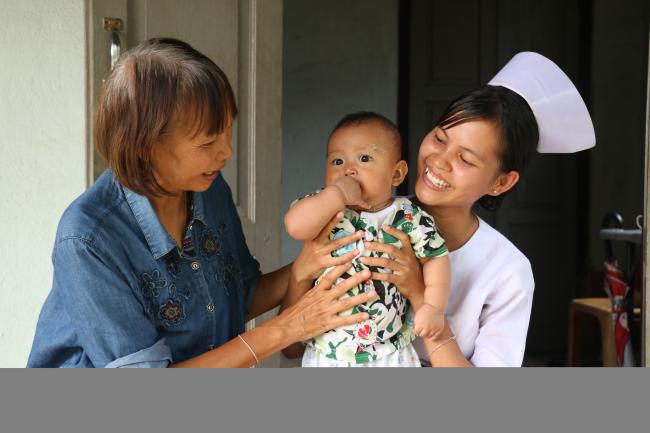 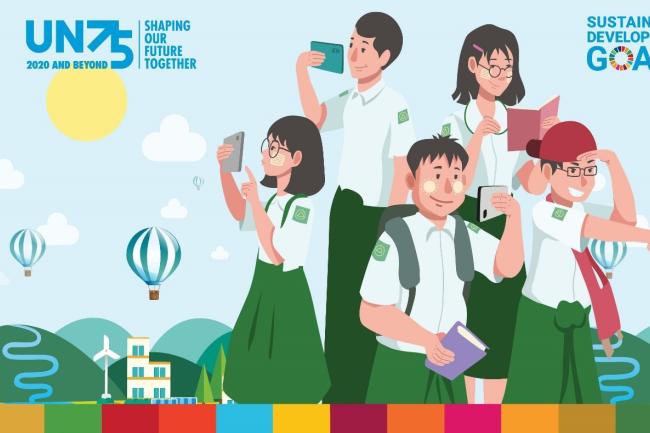 The SDGs and Me: Youth Video Competition - Be heard and be seen! [scroll down for Myanmar version]

The United Nations in Myanmar is inviting young people between the ages of 11 to 17 to take part in a one-of-a-kind social awareness smart-phone video contest. 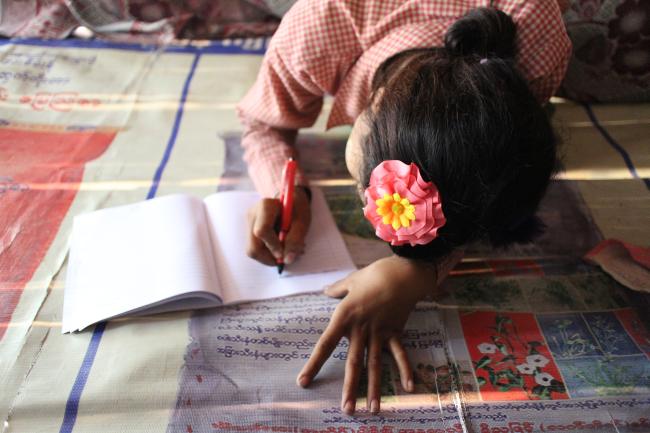 Turning the tide against child labour – for Khin’s sake

More than a million Myanmar pupils returned to the classroom in late July but a surge in COVID-19 cases in recent weeks has forced schools to close again.