On International Women’s Day, the UN in Myanmar reaffirms its solidarity and commitment to the women and girls across Myanmar.

(Yangon) As we mark the occasion of International Women’s Day, the United Nations in Myanmar reiterates its commitment to put women and girls at the centre of its development and humanitarian work in response to the ongoing crises in the country, to ensure that their needs are met, and to support their role and agency in shaping a future path for their country.

The theme for 2022 is “gender equal today for a sustainable tomorrow”, recognizing that gender equality and women's rights are fundamental to global progress on peace and security, human rights, and sustainable development. Throughout history, the women of Myanmar have played a key role in the development of their country. In the past two years, they have both assumed a leading role in the response to the COVID-19 pandemic and been at the forefront calling for a return to democracy and respect of human rights while being disproportionally affected by the compounded crises that the country is going through.

According to the latest humanitarian update from the United Nations in Myanmar, as of 28 February 873,000 people are displaced in Myanmar, including 502,600 people who have fled their homes since 1 February 2021 and 370,400 people from previous conflicts. The majority of IDPs are women and girls. Both the World Bank and International Labour Organization analyses show that the socio-economic impact of the crisis has disproportionally affected women and girls. According to the ILO, 580,000 women were estimated to have lost their employment in just the first six months of 2021.

A recent Study by the UN Development Programme and UN Women reveals that women are bearing the brunt of the impact of COVID-19 and the military takeover with its unprecedented impact on the economy.  Women have adopted drastic coping mechanisms to deal with falling incomes and nearly half of women report a significant increase in their unpaid care and domestic work, reducing their chances to earn a livelihood. Women are also reporting increased difficulty in reaching services including maternal health services.

To address this reality, the members of the United Nations Country Team have worked tirelessly with local women civil society organizations and their partners to prioritize the need of women and girls in their response to the crises.

In 2021, the United Nations delivered sexual and reproductive health services for 46,158 women and gender-based violence services for 28,611 women across the country and supported 6,502 maternal emergency referrals, helping women in hard-to-reach and conflict-affected areas to receive essential health care. The UN also delivered food and nutrition assistance including school feeding and resilience building support for about 1.5 million women and girls across the country, reached more than a quarter of a million women and girls with critical water, sanitation and hygiene supplies and provided more than 120,000 conflict-affected women and girls with access to safe water. Together with partners, over 14,000 girls and 3,500 women were also provided with mental health and psychosocial support services, delivered in communities and through child-friendly spaces.

With support from donors, the UN has provided the equivalent of 1.7 million USD in cash transfers to 39,042 vulnerable garment workers, overwhelmingly women. Financial inclusion partners also provided loans totaling more than 498 million USD to 2.4 million clients, 91 per cent of whom were women, in the first half of 2021. In additional 5.2 million USD in loans were disbursed to more than 257,000, 93 per cent women, in conflicted-affected areas.

On International Women’s Day, the UN in Myanmar reaffirms its solidarity with women and girls, and its commitment to stand by their side as they forge the future of their country. We also echo the words of the UN Secretary-General in recognizing the contribution of women and girls, their ideas, innovations, and activism that are changing our world for the better, and their leadership across all walks of life. Without gender equality today, a sustainable future, and an equal future, remains beyond our reach. 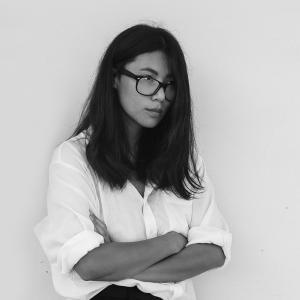